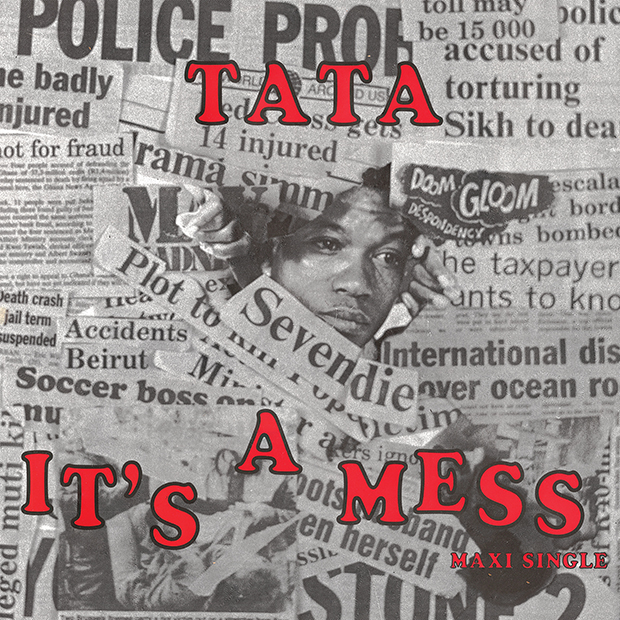 Behold the sizzling South African boogie sound of Tata Sibeko. A killer producer, arranger and bass wizard, Tata channelled the gloomy current affairs landscape of 1985 into this glimmering Afro-synth gem. As South African pop embraced 1980s synth culture, maxi-singles on 12-inch vinyl became the new canvas of expression with wider grooves for fat beats and extended mixes that suited dancefloors. Former Kabasa frontman Tata Sibeko dropped “It’s A Mess” in 1985, cutting Cold War political tension with dramatic synths, a seductive bass groove and an appeal to “learn to love each other” and “save ourselves from catastrophe.”

On the flip, “Afro Breakdance” sees Tata cook up a singular, stylish Afro-global hybrid in the tradition of “Afro Funkin’” from Kabasa’s self-titled debut in 1980. Tata Sibeko (RIP) licensed and approved the restoration and reissue of this single. He passed away in 2017 and this release is dedicated to his kindness, charm and creative zeal.