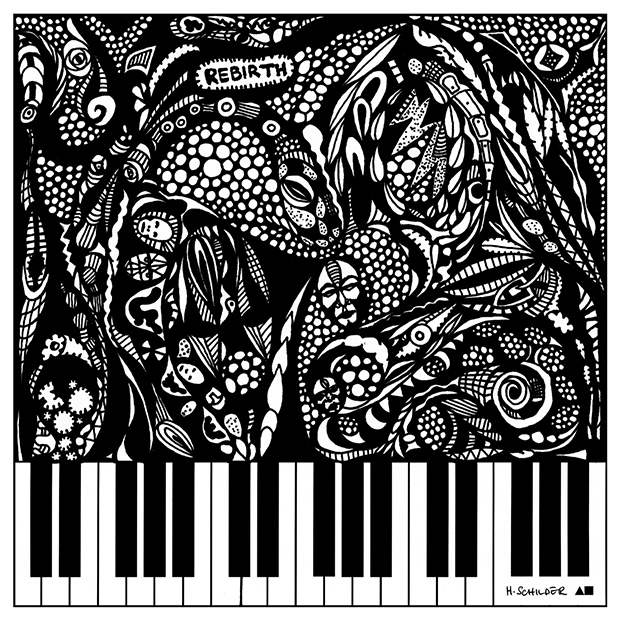 In 2010, Hilton Schilder won a battle against cancer but lost a kidney in the process. While in hospital, he heard what would become his signature long-form piano composition “Rebirth” during a lucid dream. Waking up bedridden and without access to an instrument, he memorised what he could recall of the piece by moving his fingers over an imaginary keyboard on the ceiling. "Rebirth" is a spiritual masterwork by a seasoned musician at the height of his powers - a sonic journey of sweeping light and shade that is both personal and universal in the depths it traverses.

The track was issued over two sides of a vinyl 7-inch single in a picture sleeve featuring a pair of Schilder’s hallucinatory ink drawings. "Rebirth" also appears on an eponymous solo piano album, which includes two works from an ever-growing song-cycle dedicated to Schilder's wife Tesna. "Birsigstrasse 90" was composed at the song's namesake address in Basel (Switzerland) and is dedicated to Veit Arlt and Katrin Kusmierz. "The Art of Flying" is inspired by the Rukma Vimana (a mythological flying palace described in ancient Hindu texts) and is dedicated to Jai Reddy and Hermeto Pascoal.