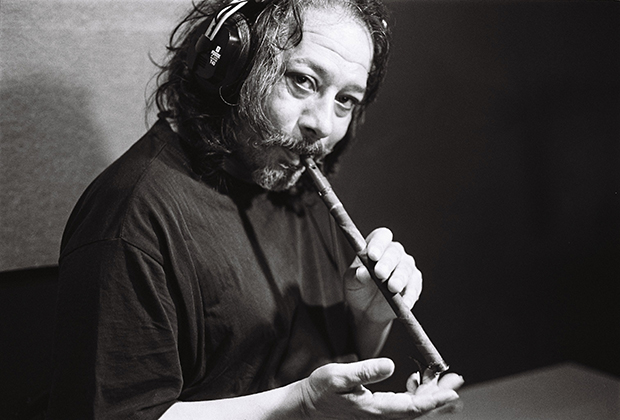 “I’m totally into music as a composer. It’s my whole life. It’s my philosophy. It’s my religion. I started composing very young and the compositions have grown until now. Actually, it’s all just one long composition.” - Hilton Schilder

It’s the opening sequence of the 2011 Cape Town music documentary Mama Goema. A camera glides through the streets of Bridgetown and comes to rest at the home of composer Mac McKenzie. Music score in hand, McKenzie hums the opening bars of an orchestral work he has just completed. Cut to Hilton Schilder playing a guitar at his home in Ottery. “We normally play a guitar like this,” he demonstrates with a flourish of notes. “But what’s wrong with doing it like this?” He flips the guitar on its back, hammers on the neck with his fingers and a whoosh of unfamiliar sound pours from the instrument. McKenzie (bass and vocals) and Schilder (piano and vocals) were the songwriters of the Genuines, a band that yielded three albums of some of Cape Town’s most ambitious rock and jazz in the company of drumming titan Ian Herman and electric guitar wizard Gerard O’Brien between 1986 and 1993.The dichotomy of the group’s creative core plays out in the Mama Goema documentary as we follow McKenzie’s telescopic trajectory through rock and jazz into the hallowed realm of classical. In contrast, Schilder’s narrative is that of a gypsy, bleeding into the fabric of Cape Town’s music underworld and emerging in a variety of guises as composer, collaborator, bandleader and soloist.

Hilton Schilder’s narrative is rooted in heritage. “I come from a huge family of musicians. We are one of the biggest musical families in the world and I’m the sixth or seventh generation. I started playing at the age of three. I’ve done nothing else all these years. Draw and compose, that’s what I do.” Born in 1959 to revered jazz pianist Tony Schilder (1937-2010) and nephew of Chris Schilder of 1970s jazz fusion supergroup Pacific Express, Schilder was exposed to music as a lifestyle from an early age. “As a child there were always musicians in the house. Winston Mankunku and my uncle, to name a few. Piano players, bassists and guitarists.” Forged in the fiery cauldron of mid-80s South Africa, the Genuines provided an outlet for his distinct approach to composition. The group’s tenure with the independent Shifty Records label spawned a handful of memorable Schilder compositions that included “Narrow Escape” in 1986, a menacing account of a drunken bar scene in which a sinister voice of conscience chastises Schilder for provoking a fight with a group of bikers. “Ou Kleine Jannie” on the group’s sophomore album, Mr. Mac & The Genuines, wears a frivolous goema mask while recounting the story of an abused farm labourer moved to murderous retribution.

The Genuines then immersed themselves in the Cape Jazz sound brewed by Mountain Records in the 1990s. The instrumental “Wie is Frank?” from Nights with the Cape Gypsies was written for a friend but could easily be taken for a homage to Frank Zappa in its glorious, unpredictable, angular peculiarity. To say that Schilder ‘penned’ the moving sound-portrait “Khoisan Symphony” for saxophonist Robbie Jansen’s classic Cape Doctor album in 2000 is a misnomer as his compositions are not written. An instinctive, self-taught musician, Schilder carries his songbook around in his head. The act of creation is akin to channelling and Schilder’s muses inhabit an etheric cloud that manifests elusively. His first solo release, No Turning Back, saw him use the Khoisan mouth-bow in “Email to the Ancestors” to great effect. “I’ve got an interesting history with this instrument,” he explains. “I was playing it for about 10 years and I kept hearing this voice, a name in my ear. It took me about 5 or 6 years to find out who it was. He’s a shaman and he played the bow and I feel that I’ve got some of his spirit in me.” 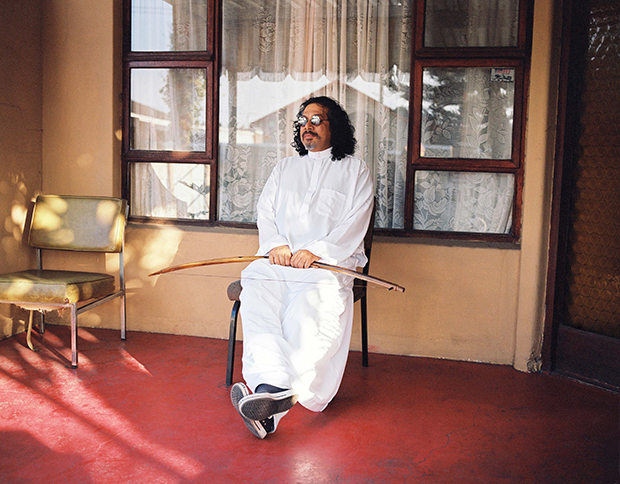 The early-2000s reunited Schilder with McKenzie in the Goema Captains, which saw the recording of the timeless document Healing Destination with a cast of Cape Town’s finest during the Wondergigs concert series in Sea Point. The ensemble featured trumpeter Alex van Heerden (1974-2009), who harboured a penchant for electronic arrangements and went on to partner with Schilder as RockArt, producing the compelling electronic release Future Cape in 2006. Shifting shape once again, 2009 saw Schilder teaming up with South African music stalwarts Errol Dyers and Steve Newman in the acoustic trio All In One to create sonic tapestries with influences as varied as rumba, tango, maskanda and goema.

In 2010, Hilton Schilder fought cancer and lost a kidney in the process. While in hospital, he heard what would become the composition “Rebirth” during a morphine-induced lucid dream. Waking up bedridden and without access to an instrument, he memorised what he could recall of the piece by moving his fingers over the mental projection of a piano keyboard on the ceiling. “Rebirth” is a spiritual masterwork by a seasoned musician at the height of his powers - a sonic journey of sweeping light and shade that is both personal and universal in the depths it traverses.

“Rebirth” has been issued over two sides of a vinyl 7-inch single in a sleeve featuring Schilder’s hallucinatory ink drawings. The composition is part of a solo-piano album that includes two works from an ever-evolving song-cycle dedicated to Schilder’s wife Tesna. “Birsigstrasse 90” was composed at the song’s namesake address in Basel, Switzerland. “The Art of Flying” is inspired by the Rukma Vimana, a mythological flying palace described in ancient Hindu texts. Hilton Schilder’s journey to optimal health shapes his present lifestyle and is spurring a new wave of creativity. He became a proud grandfather to Aiden Ryan Schilder earlier this year.