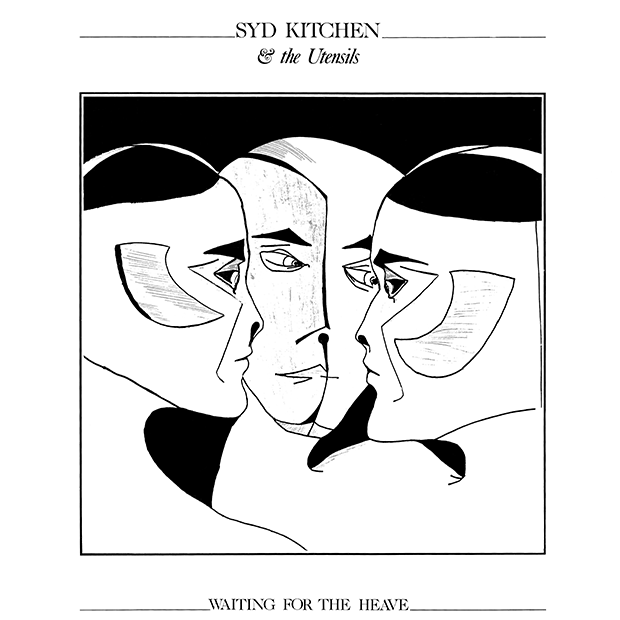 Although Syd Kitchen (1951-2011) had been active as a songwriter and performer for well over a decade, most notably in a folk duo with his brother Pete as the Kitchen Brothers throughout the 1970s, the year 1987 marked the release of his ambitious and fiercely independent solo debut Waiting for the Heave. Backed by the Utensils, composed of Marius Botha on bass and Kevin Gibson on drums, and privately pressed for Syd's Hairy Guava Records imprint, the album was presented with a characteristic wry detachment that camouflaged its true depth. Self-produced and recorded over a period of close to a year with contributions from multiple engineers, Waiting for the Heave was an uncompromising and idiosyncratic take on 1980s South African folk-rock with eclectic lashings of Afro-pop, reggae and swing jazz to boot.

Despite its long gestation, the performances came off as tight without feeling overworked and Syd's evolving guitar wizardry is on display. Moreover, the set provides an exquisite portfolio of original songwriting and novel phrasing, at times flippant ("Perfect Condition"), occasionally cynical ("Wastelands") and often deeply personal ("Silky"). It conjures timeless allegory ("Railway Room") while speaking directly to its social and political reality ("Crossroads"), closing with a sincere invocation of peace, liberty and fraternity that would have felt hopelessly out of reach in South Africa at the time ("Dancing in the Streets of the World"). Available only on vinyl LP until now, Waiting for the Heave sees its first full reissue as a digital album to mark what would have been Syd Kitchen's 70th birthday on 14 February 2021.